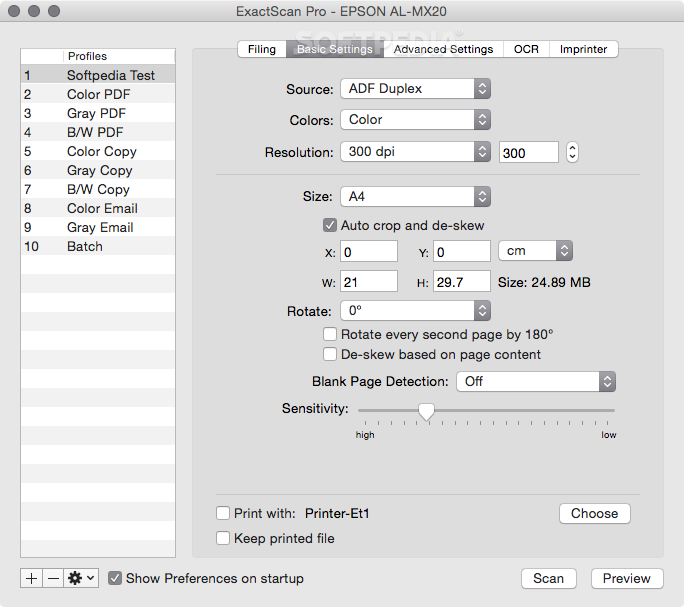 We also do not enjoy charging for updates, but it is simply not possible todevelop and support a product indefinetly for free.

Not user nor developer friendly

For many years developers were not particularly satisfied with Apple'sAppStore. It creates an artificial frontier between users and developers.Developer can not inform users about updates, tips, issues or fixes, and usersoften turn to the AppStore with one star reviews and negative commentsinstead of reaching out to developers to find a solution. AdditionallyApple manually reviews all applications and updates. This often causesdelay and frustration when developers need to get urgent bug fixes to users,and users can not downgrade to a previous version unless they keep an backupthemselves. Last but not least Apple even charges 30% from the developerssales, income that naturally companies would rather spend on hiring new developers,support staff, marketing and administration.

There are also additional, smaller points, such as only allowing one pricetier for the whole world, without a mean to discount an application for examplein developing countries, or that it often takes some time until updates are approved.Unfortunately updates are also often rejected for random reasons, sometimes ascreenshot, duplicate applications icon (yes, seriously when ExactScan and Proshared the same 7 years and 100 updates later!), when the reviewer can not scan,or they want us to adopt new development guidelines. These design guidelines oftenonly cause unnecessary changes, and thus work and potentially new bugs, withoutany visible benefit to the user.

With macOS 10.15 'Catalina' Apple introduced many incompatibilities and wewere actually left with the impression that Apple will address some of themas well as some more bugs before releasing Catalina to the public. 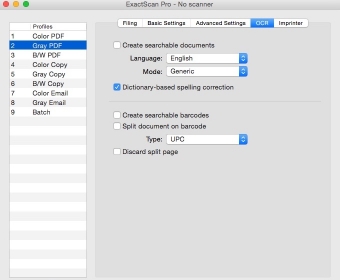 After releasing the Catalina Golden Master build to developers on Octoberthe 3rd, we immediately finished fixing any new crash or issue we could findover the weekend. In our opinion, leaving developer just four (4!) days over aweekend with a public release on October the 7th is not very helpful nor professional.While we still updated our applications in time, Apple did not review them for theAppStore, and instead rejected them first for a crash (sigh!), and later forrequiring UI changes, including showing a Save As panel for each generated file.Now this may not sound like much, this is a serious issue for a document scanapplication which easily generates hundreds of files in an hour, and thousandsof files a day, with file names automatically generated, either thru counters,or advanced auto-id features, such as barcodes.

Pointing out that this is a stability and maintenance release that is urgentfor Catalina compatibility did not impress Apple's review team either, ..! :-/

How to update now

As developers do not have access to any customer data in the Apple's AppStore,users who purchased our applications in Apple's AppStore in the last 12 monthswould need to simply email a copy of their receipt to our support asking for aclassic, direct license.

Customers who already had our application for significantly longer, e.g. sinceit launched on January 6, 2011, on Mac OS X 10.6.6 we would kindly suggest topurchase an price reduced upgrade license in ourExactCODE online store.

As you see from the Catalina situation, maintaining an application and keepingit up to date and compatible with latest operating systems, computers, scanners,as well as adding new features, optimization and answering suport emails coststime and money.

We always have been very, maybe too user friendly. The initial version ofExactScan was supported and updated for free for over seven years with over 100updates. Only around 2015 did we introduce paid upgrades for the first timeever.

With seven years in the AppStore we were actually brainstorming how we couldtransition this to financially viable future. We would have preferred Apple toeventually support price reduced upgrades, which Apple to date did not. We couldonly start a completely new application, or transition to in-app purchases andsubscriptions, e.g. for OCR, barcode or other features. Neither of which we areparticular fans of, and it certainly does not help that Apple over the yearswas never really supportive, and usually only caused review drama and took 30%of our sales.

There is mostly only one benefit for users: one central place for purchaseeand updates. However, there are many negatives, such as: