SecuritySpy is our flagship video surveillance software product for Mac OS X, and as of version 3.2, SecuritySpy supports the ONVIF protocol. Here are the answers to some common questions, and information about this new feature.

ONVIF is an open industry standard for IP-based video surveillance products. In the past, SecuritySpy would have to be pre-programmed with profiles for each camera it supports, containing information about the supported streaming formats, audio capabilities, communication ports, resolutions, frame rates, Pan/Tilt/Zoom features etc. This is inconvenient and time-consuming for us as developers, and also bad for customers because there is an inevitable delay between a new camera coming on the market and an update to SecuritySpy to officially support it.

With ONVIF, all this information can be obtained from the camera automatically. Therefore, any new ONVIF-compliant camera hitting the market can be immediately used with SecuritySpy using the ONVIF setting built into the software.

How do I use the ONVIF setting?

Open the Video Device Settings window in SecuritySpy and add a new network device. Select ONVIF as the device type:

Enter the camera’s IP address and username/password and click OK – that’s it!

As usual, the camera should be set up with a static IP address on your local network. 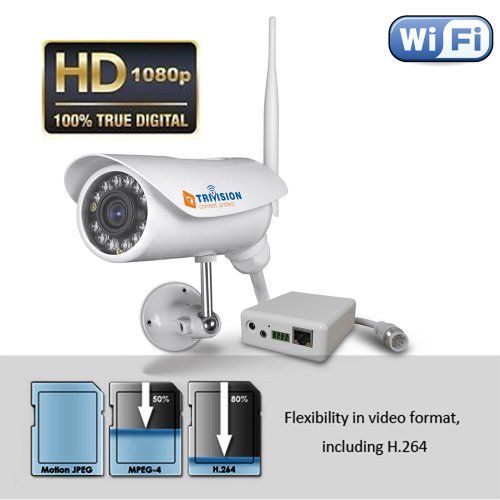 How do I choose stream settings?

The camera will come pre-programmed with certain “profiles” to choose from, which may differ in terms of compression format, resolution, frame rate, or quality. To choose the desired profile, click the “Get profile list” button in the Video Device Settings window and SecuritySpy will display a list of all the profiles reported by the camera:

The exact parameters of each profile may be configurable via the camera’s settings pages, accessible using a web browser.

Yes. SecuritySpy will automatically detect this and will be able to control the PTZ of any capable camera. Different cameras move at different speeds though, so if you find that the movements are too fast or too slow, you can adjust the speed via the PTZ windows in SecuritySpy (click the triangular disclosure icon at the bottom of the window to see this setting):

Can SecuritySpy connect to an ONVIF camera over the internet?

Yes, however auto-discovery of the camera’s ports will not work in this case. You will need to specify the ONVIF port and RTSP port if they are non-standard (the standard ports are 80 and 554 respectively).

Will all ONVIF cameras work with SecuritySpy?

Almost all ONVIF-compliant cameras will work, however we have previously come across two possible problems. Firstly, the web interfaces of some cameras don’t work in Mac browsers, so such cameras cannot be configured on a Mac. Fortunately, these days manufacturers tend not to be so shortsighted, and recognise that a significant proportion of their potential market comprises Mac users. Using a PC or some Windows emulation software (such as Parallels) for the initial camera setup can get around this. Secondly, in rare cases, the video stream produced by some cameras cannot be decoded by QuickTime (which is what SecuritySpy uses for its video decompression). To minimise the chances of this, stick to respected manufacturers, or manufacturers already shown on our list of compatible cameras. If in doubt, it’s a good idea to check the returns policy of the store from which you are planning to purchase your camera to make sure you are able to return it if you have to.