When it comes to gorgeous lips, don't compromise shine for colour. You can have it all in a new formula inspired by Asian trends, hugging your lips in 12 hues that stay bright and luminous for up to six hours. Featuring an array of creamy emollients, Huggable Lipcolour provides a lasting, glossy finish that leaves lips smooth and sculpted. 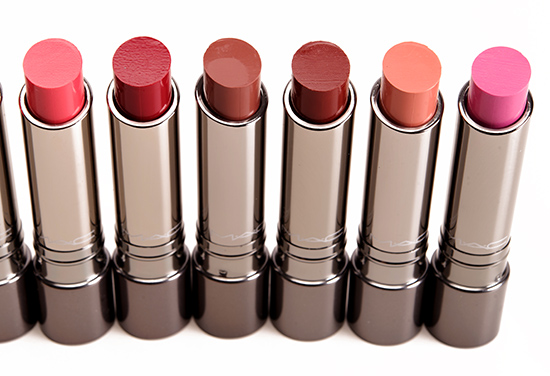 Okay so this has to be the most ignored LE MAC Collection in the lipstick history! Whats up beauty bloggers? Why no noise about this new launch? I can’t say about the rest of the world but Indian beauty scene is so quiet on these new MAC Huggable Lipcolours that I can’t help but wonder if I am the only one who seems to like these glossy lipsticks. The other day when I went to check if the Retro Matte is back yet, I saw these Sheen Supreme look-a-like tubes sitting at a corner and I asked the MUA if thats the Huggable Collection. You see..they didn’t have even a rack or stand to themselves! Okay seriously whats up? I collected the swatches of the 9 shades out of 12 I could find at the MAC Store in DLF Promenade. Two shades have not been launched in Asia.

As far as the reviews go, they seem to be quite good. The texture is very creamy and they glide on like butter. And give this gloss like shine. Even though these are quite creamy, they still seem to last a decent amount of time (according to Temptalia). The pigmentation varies with shades. But mostly these are sheer lipsticks and have to layered a couple of times to show up. The deeper shades are quite pigmented but the lighter shades lack pigmentation and look almost like the MAC Lustre finish lipsticks.

Swatches from left to right:

Rich Marron: is described as a “mid-tone nude.” Its a sheer nude brown shade and reminds me of MAC Hug Me.

What a Feeling: is described as a “mid-tone cool pink.” Its a lilac toned pink shade which would probably wash out Indian skin tones.

Touche: is described as a “light beige.” A sheer peachy nude. Again not for medium and dark skin.

Rusty: is described as a “deep auburn.” A warm brick brown shade. 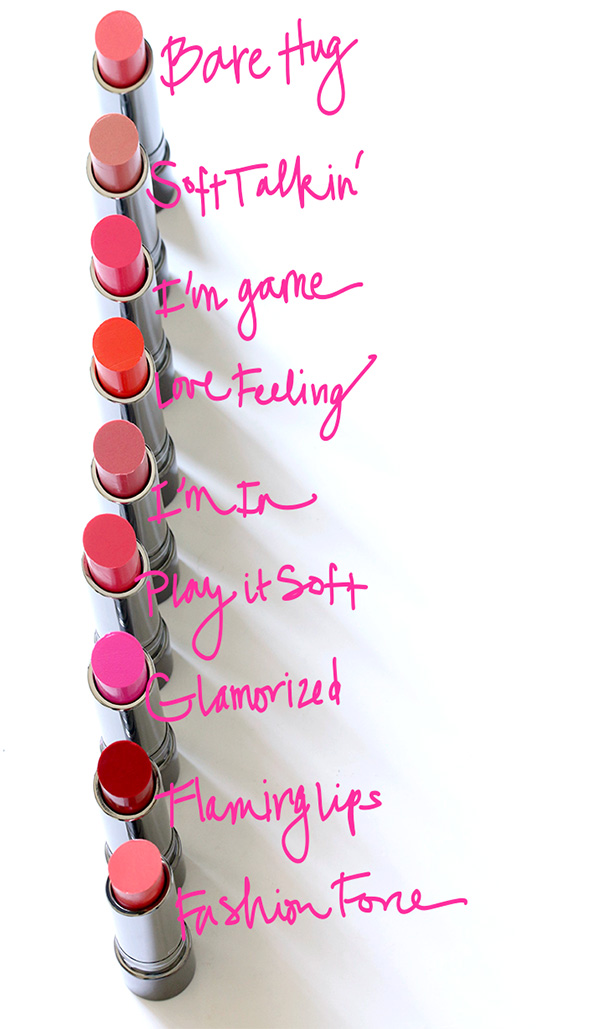 Feeling Amorous: is described as a “mid-tone fuchsia.” A blue based hot pink. Liking it a lot.

Commotion: is described as a “deep cool plum” A deep berry which looked a little vampy. Totally a fall shade. Applied unevenly. I like it ever since I got into such reddish berry shades!

Cherry Glaze: is described as an “orange red” A bright warm orange toned red shade. Reminds me of MAC So Chaud. A little less bright than Lady Danger. My favourite out of all!

Love Beam: is described as a “mid-tone warm pink” A light warm pink quite similar to MAC Lustering. Less brighter than Speak Louder.

The main problem behind these lipcolours is the uneven application. Even while swatching I found the texture a little difficult to work with. You need to be extra careful while applying or they can look blotchy. Commotion is the unevenest and creamiest out of all.

PPS – What’s the mystery here? Girls I don’t want to be left out! 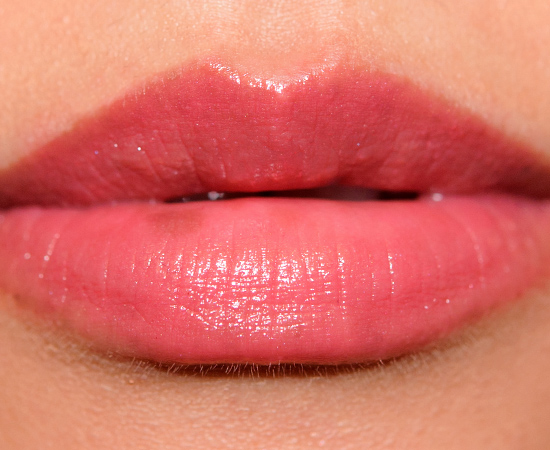 Mac Huggable Lipstick Out For Passion

Have you tried the MAC Huggable Lipcolours? Share your views with us.