Welcome to the “C&C Red Alert 3 Uprising” for Mac game page. This page contains information + tools how to port this game so you can play it on your Mac just like a normal application. The game is added to Portingkit. Simply get the game serial from Kinguin (part of the C&C Ultimate Collection) and install the Windows Origin into Porting Kit using the instructions on Portingkit.com. 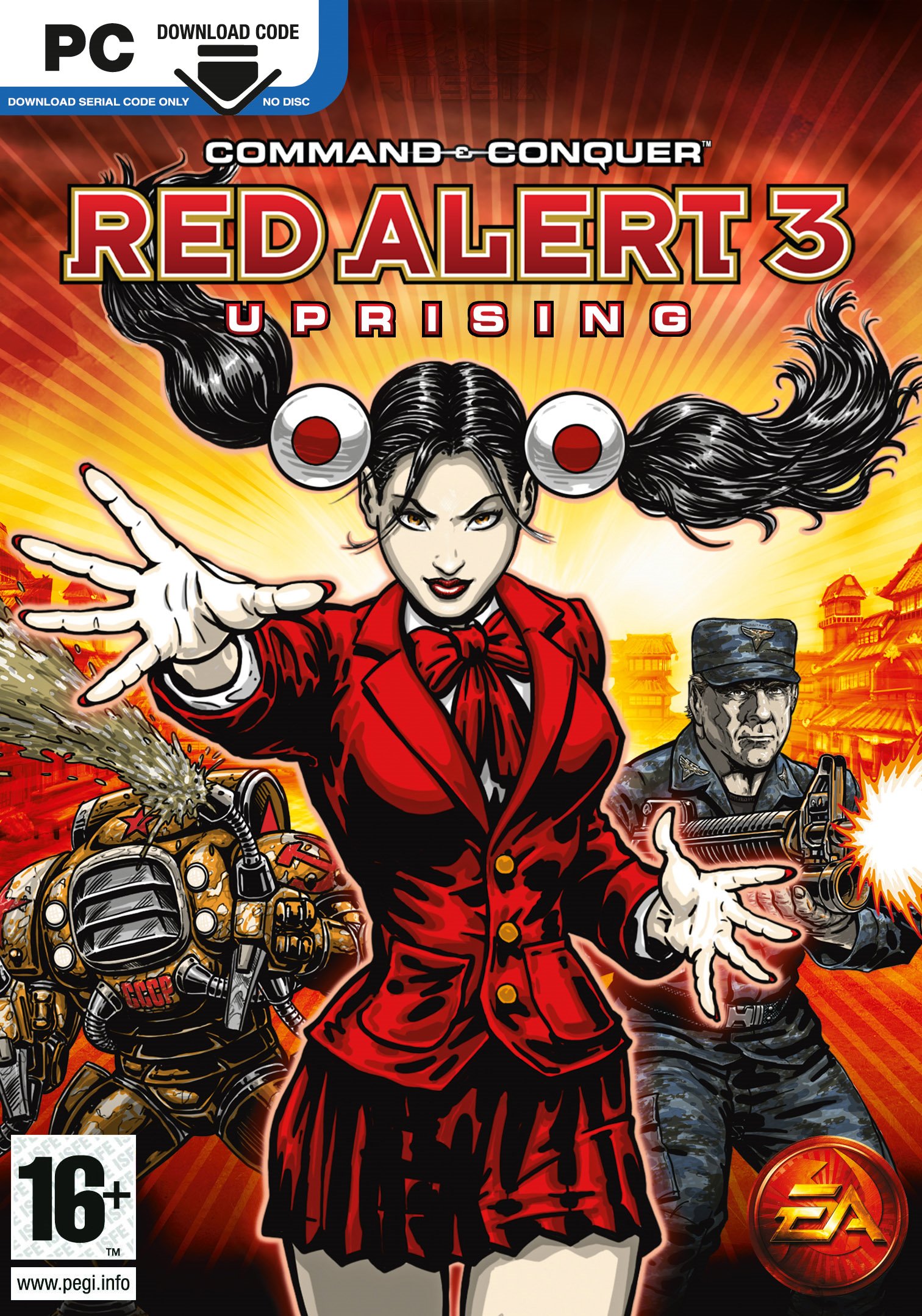 Simple Install Instructions:
– Download Porting Kit (if you don’t have it already).
– Get the C&C Ultimate collection serial (if you don’t have it already)
– On the Porting Kit library –> server tab search for Red Alert 3
– Click “Install” and let Porting Kit install the Windows Origin.
– After successful installation login into Origin and add the serial
– Go to your preferences of Origin and turn off “ingame Origin” and “Automatically update the game” (select-box). If you don’t do that, the game will freeze at launch. So make sure this is turned off , also when playing any other game in Origin. Then click play to start (will ask to update, don’t do that).
– Download the game (Origin will crash at the end of installation)
– Login into origin again and launch the game! Yep thats it!

Game description:
What happened in the aftermath of Red Alert 3? Find out in FOUR all-new campaigns in Red Alert 3: Uprising. With the Allies triumphant at the end of Red Alert 3, the occupation of their former enemies’ territories has begun. But how will the defeated Soviets react to this occupation and the presence of FutureTech, the mysterious company contracted by the Allies to develop new technologies in the Soviets’ homeland? How will the humiliated Empire of the Rising Sun rise up and defend itself against the former Soviet commanders who have invaded their territory in a post-war land grab? How will the Allied occupational forces quash the uprising of the former Imperial commanders? And who is the mysterious Yuriko Omega? What events led her to become the telekinetic, psychic school girl?

Command & Conquer: Red Alert 3 – Uprising is a 2009real-time strategy video game developed by EA Los Angeles and published by Electronic Arts. It is a stand-alone expansion to Command & Conquer: Red Alert 3 released for Microsoft Windows and offered via digital distribution. It does not require Red Alert 3 to play. It features about 30 new maps for traditional skirmish with many of these taking place in new environments. It does not contain any multiplayer elements such as cooperative play, online play or network play. 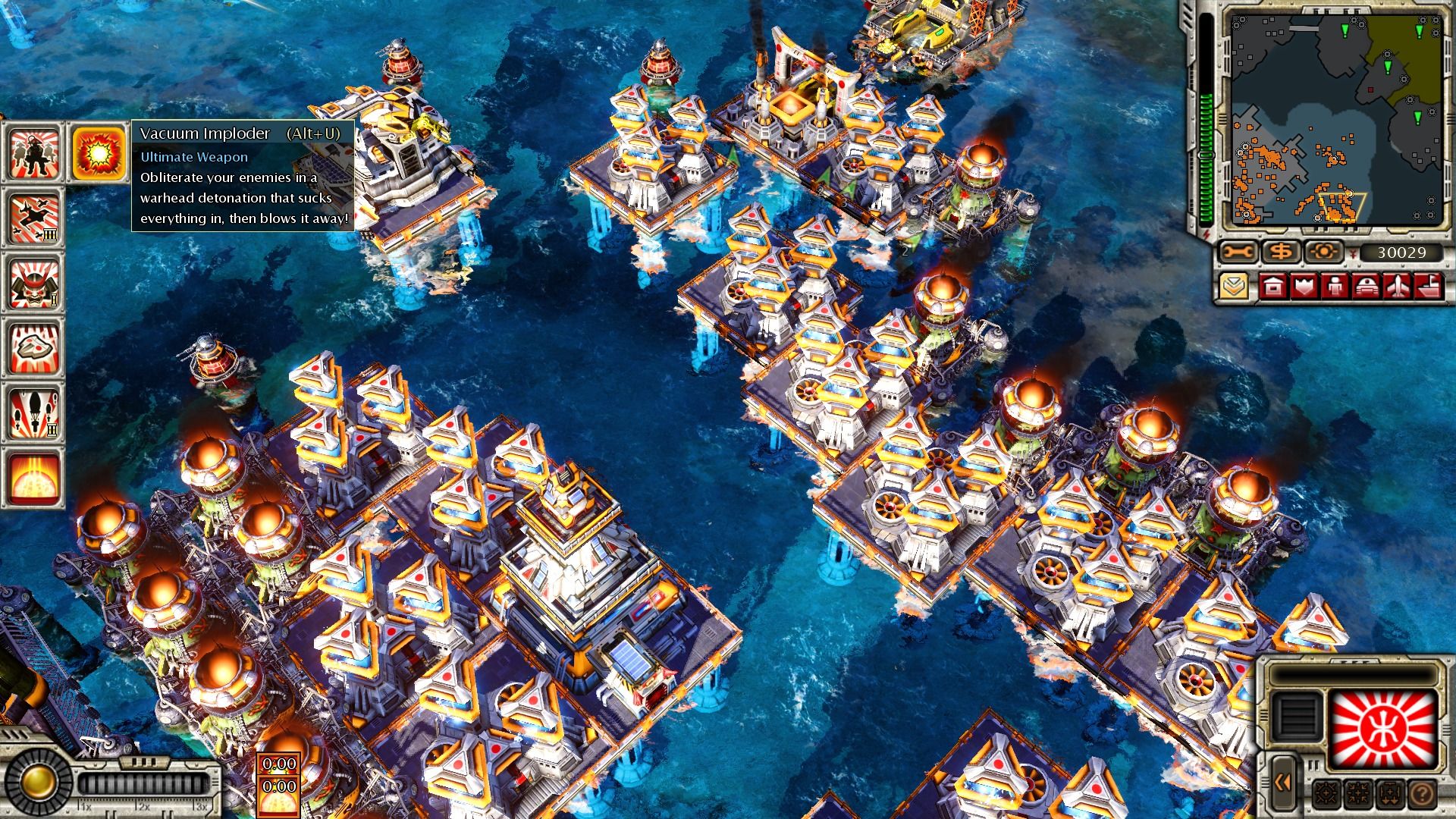 Uprising picks up on where the Allied Campaign of the original game left off. Four 'mini-campaigns' are available, one for each faction in Red Alert 3 and a bonus one centered around the origins of the Empire's commando Yuriko Omega. Each of the campaigns is three missions long, with the exception of the Soviet one, which consists of four. Initially only the Soviet and Yuriko campaigns are available, the campaigns for the Allies and the Empire of the Rising Sun becoming available after finishing the first mission in the Soviet campaign.

All three campaigns assume that the Allied faction was victorious at the end of Red Alert 3. Both the Soviet Union and Imperial Japan have surrendered.

The Soviet campaign focuses on the remaining Soviet resistance trying to stop FutureTech, an Allied defense contractor which plans to create a super weapon called the 'Sigma Harmonizer', a device to selectively stop time. FutureTech is revealed to have been helped by European UnionPresident Rupert Thornley. Thornley plans to remove the Soviet Union from the timeline.

The Allied campaign concentrates on defeating several Imperial commanders who still resist Allied occupation. Emperor Tatsu has seemingly begun to cooperate with the Allies, but reveals his true intentions after his military authority is restored by the fall of Takara, the last commander in the Allied campaign.

The Empire's campaign covers the fight against two Soviet generals whose attempts to conquer parts of Japan is ignored by the Allied governor. The Allied forces finally decide to intervene in the last mission by attacking both belligerents.

The Yuriko campaign recounts the story of Yuriko Omega, her origins and discovery by the Imperial military, her captivity by the Allies and her fight to rescue her sister. Unlike the other campaigns, this campaign resembles an action role-playing game instead of a real-time strategy. The camera is always locked on Yuriko and the sidebar, minimap and threat meter are replaced with a compact command bar dedicated to Yuriko and her abilities.

Empire of the Rising Sun[edit]

Uprising also features a mode called Commander's Challenge in which players can play against AI commanders with various skill levels. This mode was also released as a stand-alone downloadable game for PlayStation 3 and Xbox 360.

Commander's Challenge contains 50 different, successively tougher scenarios. This is loosely based on Generals' Challenge from Command & Conquer: Generals – Zero Hour.[7] It features some returning commanders from Red Alert 3 as well as some new ones.[8] It contains some campaign-only units that appeared in the original Red Alert 3 such as the Tesla Tank and the Shogun Executioner.[9] Certain maps in the Commander's Challenge also have special effects such as garbage raining from the sky or units produced on the map are shrunk.[10][11] Before completing any missions, the player has access to only the basic units of each side, but upon completing each mission, more units are unlocked from the tech tree of that challenge's opponents.

Some missions have other standards, such as Blood Feud, in which Commanders Shinzo and Kenji will fight each other until the player attacks either. Also, in Commander's Challenge, the player can choose as which faction to play per mission, rather than playing the entire game as one faction (though this is possible) There are 13 main challenges and a further 37 side challenges which are unlocked when working through the game. 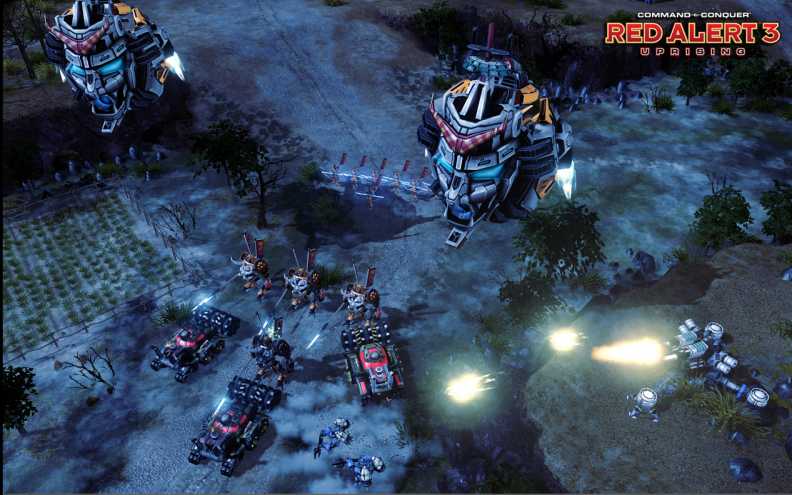